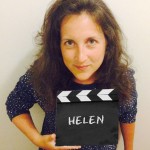 Alto Helen reviews ‘Pride’ and looks at the wider, modern context surrounding the film today.
We heard on the news today that a British man had just been released from a Moroccan prison where he had been incarcerated having been tried and found guilty of ‘homosexual acts’. The release had occurred after intervention via political and diplomatic channels, and it is obviously good news that he is now safely home. It remains to be seen what will happen to the Moroccan man who was also arrested and imprisoned for the same ‘reason’, Jamal Jam Wald Nass; I imagine there will be no political or diplomatic ‘get out of jail free card’ for him.
It was a timely reminder that although we are tremendously lucky in the UK to enjoy freedom to live and love in private and public, across the world there are millions of others who risk imprisonment, torture and punishment by death for living the same lives we live every day. Consensual same-sex relations are illegal in some 78 countries. And being gay or lesbian could see you sentenced to death in Iran, Saudi Arabia, Yemen, Mauritania, Sudan, as well as some regional states in Nigeria and Somalia. 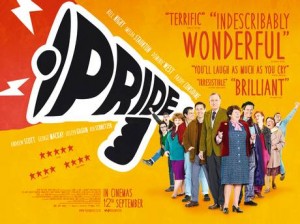 PRIDE the film, reminded me of the hundreds of brave LGBTQ folk who, over previous decades, have fought to get us in the UK to this position of equality and relative safety. It evoked a time when discrimination was being written into the law, through Section 28, and LGBTQ people had to withstand intimidation and violence on a regular basis. Most would agree that life is considerably easier for us now in the UK, than 30 years ago, but people still suffer from homophobia; the fight isn’t over yet, and we need to protect the advances so hard won in the past.
Many young gay people continue to be made homeless by their families after coming out or being ‘outed’. The Albert Kennedy Trust is a wonderful, small, charity and I have seen them in action giving safe accommodation, access to a key worker, and counselling that helps these young people feel that there is someone on, and at, their side.
Homophobic bullying is still a major problem in schools; if we can enable young people to feel confident in coming out, and to avoid their self-esteem being destroyed at a young age by bullies then the next generation of LGBTQ people will be in an even better place than we are now.

Pinkies at the Flicks

A group of Pink Singers went to see the film one Wednesday evening a few weeks ago, enjoying a curry beforehand and drinks afterwards. I have never seen a cinema so full on a Wednesday night. This was several weeks after the film was released and people were still packing in to see it. It is a big, emotional, warm film, and it tells a story that none of us had heard before, of a gay and lesbian group in London who raised money for a group of South Wales striking miners.
The emotional heart of the film for me was really about the rejection and struggle that both groups faced, with the gay group struggling to find anyone even willing to take their money due to their social pariah-like status, and the miners facing near starvation and threats from the police and the political establishment. Many people who’ve seen it have experienced the audience applauding at the end; the applause is for both groups and the way in which they equally helped each other. The way that by joining forces and supporting each other they were able to take on the establishment and change things. The strikes, the fear and lives cut short by AIDS, the bricks through windows, all seem like another world. And so does the political activism.

What does PRIDE mean? For many now it is shorthand for a day of the year when we get to dress up and party. This film gives us as a community much to be proud of, but the work of these wonderful activists needs to continue, to enable us to be able to dance with justification under the banner of the word ‘PRIDE’.
Being part of the Pink Singers and publicly showing myself as a gay person has helped me to feel the word; walking through London streets every year at the Pride march shows other people, sometimes in other countries, that they are not alone. Visibility is still important as we subsume into the mainstream culture and gay venues are closed. Just today I found out that the Royal Vauxhall Tavern which featured in the film is the latest venue threatened.
One of the most enjoyable weekends I’ve had was with Pink Singers at the Various Voices festival this year, an international gathering of LGBTQ choirs. Chatting to other LGBTQ singers from countries around the world really brought home the importance of the fight for LGBTQ freedom from oppression across the world as a first step, but eventually for equality for all. 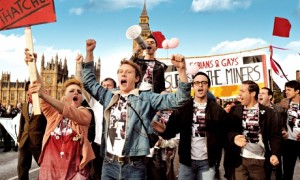 To quote from the film itself:
“When you’re in a battle with an enemy that’s so much bigger, so much stronger than you, to find out you had a friend you never knew existed, well that’s the best feeling in the world. Can you see what we’ve done here, by coming together all of us? We made history!”

One thought on “PINK WITH ‘PRIDE’”