A public letter from our chair, Zoe Burdo, on transphobia at London Pride and the importance of supporting our trans members, friends and community.

The Pink Singers was formed to march in the 1983 London Pride parade at a time when the age of consent was still unequal, HIV/AIDS had barely reached the political agenda and legally recognised partnership between same-sex couples was still over two decades away. This year, in annual fashion, we put on our pink and black t-shirts, doused ourselves in glitter and donned more than our fair share of rainbow accessories. Our history has been one from protest to celebration.

“Our history has been one from protest to celebration..”

It is easy to be lulled into a false sense of security that our protest energy is no longer needed here in London; that we are on a sure path to acceptance here in the UK and that homophobia, biphobia and transphobia are far away issues. We revel in the work of generations before, proclaiming our pride. We risk complacency that the fight has already been won.

This weekend served as a stark reminder that we are so far from that point– more upsettingly, not even just from politicians or the ‘outside world’, but from within our dedicated spaces and from those within our community. Pride in London has officially made a statement about the incident, as have other organisations, so I will avoid rehashing the details. But in short – we were ambushed. Our space was tainted by a hate group who forced their way in to spread dangerous, false, disgusting messages about trans people.

“Our space was tainted by a hate group who forced their way in to spread dangerous, false, disgusting messages about trans people.”

It is important to understand that the demonstration on Saturday was different than the anti-LGBT protest groups we have seen dotting the parade path before. Trans people were targeted from within their own space. A group twisted and warped the platform of Pride to spread false, transphobic, harmful rhetoric. To capitalise on the press, visibility and reach of London Pride as our space and manipulate it for prejudicial aims is truly abhorrent.

This is a fight. We are fighting. We should all be fighting. Fighting to be more active allies to our trans friends and family. Fighting for visibility and equality for everyone and using our privilege and platforms to fight even harder for marginalised groups within our LGBT+ community. And sometimes that means standing up to those who may share our umbrella but certainly not our values. We need to remember where Pride started – marching against abuse and oppression and facing the hate groups and opposition along the way head on. Marching in solidarity. We must stand up and call out discrimination when we see it.

“We should be fighting… even harder for marginalised groups within our LGBT+ community.”

The Pink Singers loudly and proudly supports our trans and non-binary members, partners, friends and community. We welcome those of all identities and along all walks of their individual journeys. We do not tolerate transphobia or any form of hate and we will continue to speak out and use our platform to fight for the rights and respect of all people.

“We do not tolerate transphobia or any form of hate…”

The Pink Singers have a large network and are part of an extremely diverse and wide reaching LGBT+ community. We were founded on the values of protest and solidarity and part of our aims as a charity are to promote equality and diversity through celebrating the diversity of the entire LGBT+ community. It is up to all of us with a voice to say something and I encourage you to do the same, whether that be a soprano, alto, tenor, bass or just a good old whistle.

In love and song, 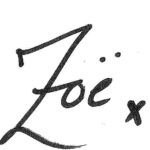