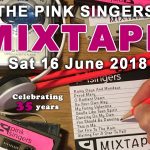 On Saturday June 16th The Pink Singers will be singing songs from our 35th Birthday mix-tape. What songs would be on your favourite compilation?

We thought we’d take the opportunity to introduce you to another handful of the Pinkies Management Committee – those stalwart volunteers who keep the Pinkie machine motoring forward. We asked them what three songs they’d have on their mix-tape, and why.

Paul Simon- Diamonds on the 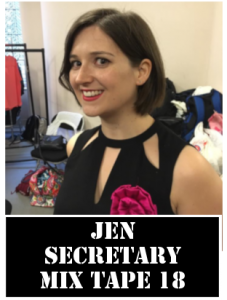 Soles of her Shoes. My favourite song from my favourite album. Conjures up memories of long summer afternoons.
Frank Turner – love Ire and Song. My mum and I have almost groupie status over Frankie T! This song speaks to my inner activist- it tells us to keep fighting the good fight no matter what.
The King Blues- I Want You. All songs that include Robson and Jerome must be awesome eh? They unfortunately didn’t authorise the Pinkies the use though! Fab to sing on long (or short) drives! 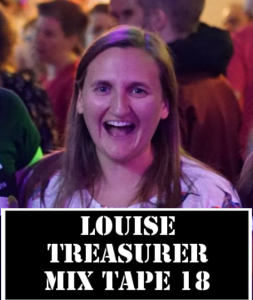 Train – drops of Jupiter – I love this song as it reminds me of my good old university days.
Gregory Porter – More than a woman to me – well it’s obvious isn’t it? It’s written about my beautiful fiancee Tracey Button 😍
Jack Johnson – Banana Pancakes – takes me back to my backpacking days lying on a beach in Fiji listening to this album over and over again – amazing! 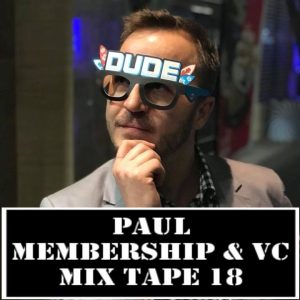 “Who do you think you are?” The Spice Girls. This song was released in my late teens, and I see as my ‘coming out anthem’. It was played in the gay bars in Belfast in the late 90’s and will always be synonymous with the time in my life when I was discovering a whole new side of myself, having moved to University and experiencing what it was to live by myself and the freedom of embracing my sexuality. And yes, I can do the dance moves.
“All about you” McFly. This is such a sweet romantic song, and very much describes a very simplistic and altruistic sense of being in a relationship. It’s a proper karaoke favourite of mine, and in 2009, My husband Ben and I danced to it as our first dance as a married couple.
“Both Sides Now” Joni Mitchell. The Pink Singers sang the most heart wrenching arrangement of this song in my first season back in 2014. The song is quite emotionally raw, and it provoked such a physiological response in me every time we sang it. My heart beats faster and I get goose bumps every time I listened to it, and it still does. It is by far my favourite ever Pinkies song that we have performed.

Now is the time to snap up a ticket for our Mix-Tape concert in June. Get them now – they’re hot! This week we’ve introduced a group discount – 15% off the top two ticket prices for group bookings of 8 or more people.
Check out this promo video from an excited @TotallyPatsyMay

When I grow up, I want to be fit and healthy and be able to run for miles and miles…

Well, at the start of 2012 I realised that it probably wasn’t going to happen automatically, so I took up running. Only short distances at first, and slowly, but gradually improving, so by April I was running about 5km a couple of times a week.

Then one of the Pink Singers, who’s also a member of London Frontrunners, publicised the Pride Run – a 10km run in Victoria Park in September, in aid of the Albert Kennedy Trust. September seemed a long enough time away to make 10km feasible, so I signed up as part of the 20-strong Team Pink Singers.

Fast forward to the morning of September 15th, and I arrived in Victoria Park with running kit, my race number (721!) and a whole heap of trepidation – how could this have been a good idea?! But the other Pinkies started arriving, and we donned our specially-made bright pink shirts, pinned on our numbers and warmed up, and my nerves settled down and excitement took over. We were a team – strength in numbers!

We made our way down to the start line, which was marked out with sections relating to expected finishing time – the lean and fit club runners jostled for position around the 40 minute mark; my fellow novices and I went back to behind the 1 hour line. Then after a short pause the sound of a starting pistol had everyone surging forward. It took a minute or so for us to cross the start line, where we were waved on by Sir Ian McKellen – LGBT royalty!

Then we were off – I’d been warned about setting off too quickly in all the excitement, so I established a steady (ok, slow) pace. Several non-running Pinkies had come to cheer us on, and their encouragement was brilliant motivation as we jogged round the 3 lap course. Even the other supporters and enthusiastic volunteer marshals were vocally supportive, shouting “come on Pink Singers!” – proving that our distinctive shirts were a worthwhile investment!

The first two laps passed steadily; we enjoyed the percussion band positioned at the bottom of the loop, and the water station near the top (it turns out that drinking from a cup while running is a skill I need to work on), and we started to overtake a few people, whilst being lapped by the super-speedy leaders. By the time we started the final lap, I was feeling good – 7km down and nearly there! My enthusiasm for reaching the finish unintentionally manifested itself into me speeding up, which my running buddy Frances pointed out meant that she ran out of breath for chatting!

We counted down the kilometres, until the finish line was in sight. With the Pinkies who’d already finished cheering me home, I even managed a sprint finish to celebrate my first 10km achievement in 1 hour and 5 minutes!
After cheering on the remaining members of the team and collecting our well-earned post-run snacks, we all made our way (slowly) to a nearby pub for lunch, feeling tired, but happy, and immensely proud of Team Pink Singers.

Now….how long is it ok for me to keep wearing my medal…?