With just a week to go until the Pinkies take to the stage for our concert, ‘Legends; homage to the greats‘, our lovely accompanist John Flinders, explains why Mozart is one of his favourite musical legends…
When I was growing up in the 60s and 70s Mozart would not have made it onto a list of my favourite composers. I was mostly drawn to the tempestuous works of 20th century giants, especially Rachmaninov and Britten. Rachmaninov’s gloomy nostalgia was an apt accompaniment to my very conventional teenage anguish, whereas Britten’s music seemed to articulate my sense of being an outsider, and the open secret of his homosexuality was obscurely comforting to a boy whose own sexuality was then still very private. 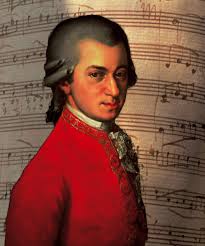