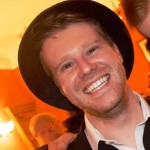 One of this season’s newbies tenor Simon Blakey, sums up his experiences of his first weekend away with the Pink Singers…

Mention ‘Brantridge’ to a Pink Singer and the overwhelming response will be that of excitement and positivity. I’m one of this season’s ‘newbies’ and it was easy to spot its cult status amongst the choir – an annual event which has firmly ingrained itself in Pinkie lore, it was clear to us newbies (and the numerous not-so-newbies of the previous Spring/Summer season who were yet to experience Brantridge) that it would be an integral part of our initiation into the choir. A definite weekend to remember. 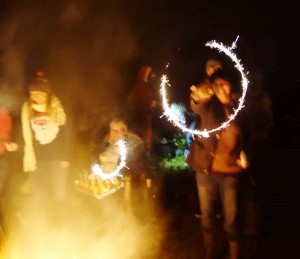 Excited (and a little nervous), we arrived at the estate to settle into our apartments and gather together for dinner. We were promised that we wouldn’t starve and boy was that an understatement! We feasted like royalty throughout the weekend. After all, an army marches on its stomach… and the indisputable Captain of Brantridge, alto Jenny Cousins, made sure this army was well stocked (seriously, that woman could give Sun Tzu a run for his money on the military planning front, I’m in awe).

After dinner we all marched down to the bottom of the estate for a bonfire and fireworks, quite literally starting the weekend with a bang (and toffee apples hard enough to pull our dentures out). The Xmas jumper parade was a sight to behold. Quite how all that much polyester survived so close to the fire without combusting I’ll never know… a minor miracle.

The Saturday was taken up primarily by workshops and sectional rehearsals. We were honoured to have Sam Kenyon attending for the weekend, who is fast becoming an annual addition to Brantridge. Sam is a master of several trades, but his knowledge and expertise as a voice teacher were a highlight of the weekend for me. My thinned vocal folds and larynx-tilting will never be the same again.

Following a day of vocal exertion I reported to Captain Cousins for kitchen duty. I was part of the team assigned to craft Christmas dinner for everyone, a task I very much enjoyed. I was told ‘this might be one of the toughest tasks of the weekend, but it’s definitely one of the most rewarding’. How true that was. Luckily, we were a good team of kitchen wenches and dinner was a great success; absent friends were toasted (you resting Pinkies and those who couldn’t make it, you were much missed!), and then the evening really kicked off… 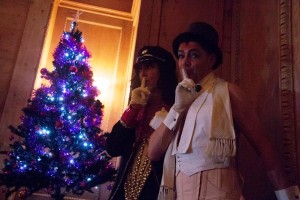 I’m unlikely to ever forget what came next: the annual Christmas party. By the time dinner rolled around most people had adopted their alter-egos for the evening. I counted several Madonnas, a Dolly Parton getting down with George Michael and Elton John, no less than three Freddie Mercurys, two Amy Winehouses, several Chers, one Cheryl Cole and a grand total of eleven Conchita Wursts (as well as four Wombles!?). Led by the compères to end all compères we were entertained with an open mic show of vocal treats. I was part of a group making our debut that evening (though we should really revisit our group name for next year – The Sweaty Crotchets is REALLY not appealing. Suggestions on a post-card please). 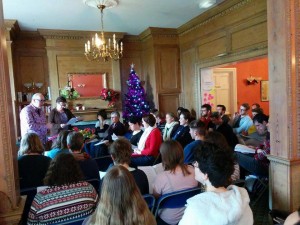 After a rather epic evening I awoke bleary-eyed to join another set of workshops run by Andrea Brown, a guest tutor for our final day at Brantridge. Andrea has an impressive list of credits and qualifications to her name and was an absolute pleasure to work with. I feel incredibly lucky to have had the opportunity to learn from both her and Sam over the course of the weekend.

Sunday evening saw me delivered back home, practically comatose with exhaustion, but content with memories of an engaging, productive and eye-opening weekend. What really came across most was the concerted effort everyone made to connect with members they hadn’t yet had the opportunity to meet properly. Friendships were forged and cemented, repertoire was tweaked, fun was had…what more could I ask for?

I’m brimming with excitement for our upcoming concert on the 10th January; it’s clear that it’s going to be one hell of a show, and I’m thrilled to be part of it as a fully initiated Pinkie. Thanks for the fun ride Brantridge.