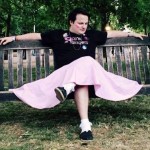 Newbie alto and already-our-new-section-leader (yay!) Jeremy tells us about his first Pride experience as a Pinkie…
It was 1972, the 1st of July, when the first official UK Gay Pride was held in London. Marches had taken place from 1970, traversing parts of North London, but it was on this day, chosen as the nearest Saturday to the anniversary of the Stonewall riots, that around 2,000 people converged on London. They came to march, protest and fight for the rights which are fast becoming our 21st century reality.
Some of my fellow Pinkies were there, and I bet they could hardly have imagined what Pride would be like a little over 40 years later. We were certainly extremely happy and indeed proud that they were still there, and with us! Marching side-by-side with the giants whose shoulders we stand upon, was a special experience that I’m sure we’ll keep forever. The theme for Pride this year was ‘Pride Heroes’, with various ‘everyday people’ being rightly lauded for their work, visibility and stoicism in the moves toward equality. 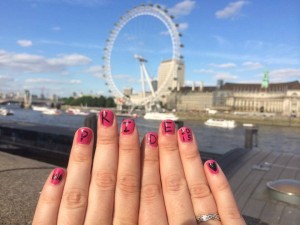 I realise not everyone likes the way Pride goes now, but I guess it was ever thus, the day I see an entire community agreeing on one thing is a day I shan’t hold my breath for! For what it’s worth, it seems to me that a day where people seem to be smiling a lot more, where there is a greater diversity of gender expression and identity, and where couples of all sexualities feel able to do something as simple as holding hands without fear of violence , still has a huge amount of positive worth in it.
The day dawned bright and warm, and most importantly dry. Many of us had been caught in the downpour of Pride 2014, memories of soggy socks and drooping fairy wings had made us extra-happy to see the sun put in a strong appearance from start to finish. We marched together in the parade, banner billowing in the breeze and helium balloons with minds of their own causing scenes of general hilarity. We sang songs from seasons past and present, and the crowds obliged us beautifully by joining in. A notable favourite was the timeless classic ‘Relax’ by Frankie Goes to Hollywood, which has been quite brilliantly rearranged by our very own Chris Chambers, for our Summer concert on the 11th July. 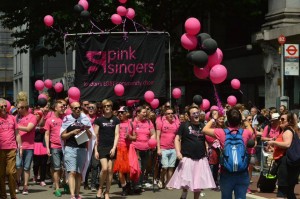 I had chosen the day to try out my new 1950s-style pink rockabilly skirt, and could be seen twirling and dancing a little ahead of the main body of Pinkies with a few others, handing out flyers and stickers to the friendly (and at times vaguely bemused) crowds. The optimism of the crowd was tangible. Only a day after the US Supreme Courts ruling on same-sex marriage, with Ireland’s joyful referendum outcome still ringing in our ears, it seems we are in a great position to be actually brimming with pride, whilst also mindful that we can’t hang up our marching boots just yet… 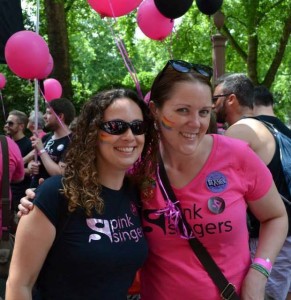 So, we danced, we sang, we acquired a parade gatecrasher with a lovely alto range, in short, it was a blast. At the march’s end, we received goodie bags containing gratuitous amounts of officially named (by our very own Kate Nichols and Chris Viveash) ‘Fancy Gay Coffee’, we headed straight to the crypt of St. Martins in the Fields to rehearse for our big moment. We appeared on the main stage in Trafalgar Square in the early evening. At 6.40pm, we were waiting backstage as I was changing into my red stilettos, as you do. I am now known as ‘Dorothy’ to many choir members… Anyway, there I was, with the shock of having just spent a penny in a portaloo still leaving my system, when the glorious Sandi Toksvig started practising her speech not three feet away from me. I had met her once before, when I was wearing pink glitter dress shoes, which Ms. Toksvig and I named my ‘Vagina Shoes’…but that’s another story. 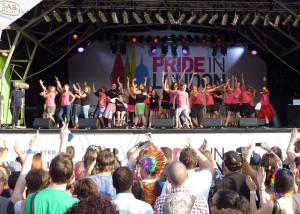 Sandi was on just before us, giving the most rousing and heart warming speech I’ve heard in a long time, naming everyone there as her ‘Pride Heroes’. We completely agreed, they were the most exuberant and welcoming crowd we could have hoped for. The performance was over in a flash, good things always are, but we sang our hearts out and they seemed to enjoy it. Our classic rendition of ‘Vogue’ went down a storm (i’ve a sneaking suspicion there might have a been a few Madonna fans in the audience, but I may be wrong), and we rounded it off with a song thats coming up in our Summer Concert ‘Key Changes: Songs that Shaped the World’ at St. John’s Smith Square in London on Saturday the 11th July. If you want to know what song, you’ll have to come to the concert…
This is my first season as a ‘Pinkie’, and I can honestly say it’s one of the best decisions I have ever made. When I first marched at Pride a few years a go with another (brilliant) organisation, all I could think about were the many people I had met in my life who had done everything they could to stop me from being there at all. In 2015, all I could think of, and all I could see, were thousands of people who were happy to see us. Thank You Pinkies…I cannot wait until next time!
See more of our photos from the day here!