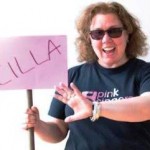 In the lead up to our summer concert, ‘Key Changes’, alto Cilla drops a few hints about what songs you can expect from our set list on Saturday…
The Pink Singers official theme for our summer concert on 11th July is something we’re calling ‘Key Changes, Songs that Shaped the World’. Our themes are a way of trying to organize ourselves and give a vision to what we’re doing and every so often we go for high principles lest we forget that singing in a LGBT choir is, broadly speaking, a political act. It’s not an overtly political act any more and it seems most of our choir members spend their lives in tolerant urban milieus, however the Pinkies did start out with a stronger political agenda at a time when we couldn’t imagine how the human rights argument for same sex marriage would gain such traction (see Pink Singers ‘Singing the Changes’ exhibition info). Overt political protest songs seem to be out of fashion as what we are pleased to call ‘politics’ has become more complex and multilayered. Our upcoming concert reflects this change.

I was thinking of saying the politics that shape the world and the songs that go along with it are more subtle but I can’t. Or at least I can’t say it’s universally subtle. We’re singing ‘Happy’ from a cartoon that features minions (though nobody is going to dress up as a minion, which didn’t occur to me until just now (it is very likely a good thing though)). The ever lovely tenor Simon Harrison is giving a knock out performance that might not be best described by the word ‘subtle’ – but it’s political in the Aristotelian sense (here’s my nod to Greece) which means we’re broadening out from party politics and issues and looking at songs that, when they came out, were challenging for their time and now, in some quarters, are still challenging. In our current atomised world identifying what is truly anti-establishment isn’t easy, it all depends on context. 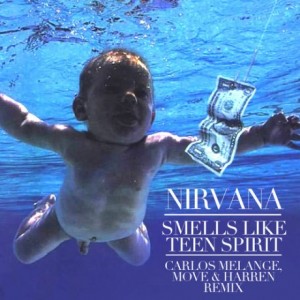 We’ve come up with a good mix though: we have songs that question assumptions about gender identity, racial barriers and feminism. There’s a good mix of straightforward protest songs, we have Billy Bragg and the Suffragettes which I’ve now realized sounds like the name of a new band. A good name too, if I do say so myself. And we’re singing a wonderful arrangement by Pinkie bass Chris Chambers of Nirvana’s ‘Smells like Teen Spirit’. As a native of the States, I tend to respond to people who criticize American culture as being overly optimistic and cheerful by telling them to have a listen to Nirvana’s wildly popular and influential song. It goes a next step beyond complaining about the government. It’s saying we’re so powerless and isolated there is no point in even trying to change the world to make it better. It’s the best angry existential protest song ever. I think we’re either in support of, or maybe we’re totally against someone named Bolero or maybe we’re against doing a Bolero I’m not clear but we feel passionate whatever the cause is. As Pinkies we’re not all gloom and doom and we balance this with a bit of fun so, ‘clap along if you feel like happiness is the truth’.
We’re relying on arrangements from choir members which is wonderful because we seem to keep growing new members (plus our lovely conductor) who arrange for us. And we have a wide variety of soloists stepping up to take a turn in the spot light. Who knows what shape the world is getting to be, I think it started out wonky and its probably getting wonkier (I don’t care I like this new word and I’m using it) but one’s thing’s for sure, we’re evolving in to a pretty diverse bunch of creative people.

2 thoughts on “Songs that shaped our summer set list”