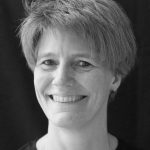 ‘One Night Only’ was alto Nicki’s first experience of performing with the Pinkies. Here she relives how she ‘popped her cherry’ and why she’ll be back for more!
Performing with the Pink Singers on 4th June was my first concert in over 20 years and what a way to re-ignite my passion for music.
All those years ago I studied piano at the Royal College of Music but I wasn’t one of the stars and unfortunately the experience sapped my confidence and with it my love of music.
For the past couple of years I’d started to think about doing something musical and had thought about joining a choir, but I didn’t want anything too stuffy or serious. So soon after a friend of mine suggested that joining the Pink Singers would be a laugh, there I was auditioning.
Anyone who knows me knows that I love my cheesy music and never miss an opportunity for karaoke, and so I guess it was inevitable that I’d love the choir experience and performing in my first concert.


The day of the concert itself was long, but I wouldn’t have changed any of it. We started the rehearsal and sound check at 12.30 and with only about an hour’s break before the concert we were already shattered and I can’t imagine how those of the choir who had built the stage beforehand were feeling. It must have been pure adrenaline that kept us all going.
Just before the concert there was a ‘cherry-popping’ session where all of us newbies were given our pink rose – and we had the chance to get 1 of our 5 a day!
My first hurdle was getting onto the stage, which was alright on the night. Thankfully we had the rehearsal first and this was my opportunity to trip over the speaker without too many people seeing.
When we finished the opening number and I hadn’t messed up the choreography and the audience broke out into hearty applause, I knew it was going to be OK. Despite several things going wrong in the run through somehow it all came together and between us we remembered all the notes and the words. The soloists and compéres did an amazing job, and one of my friends even said that no-one got the dance moves wrong. I’m not sure that’s true, but if the audience didn’t notice we’re not saying anything….
I had persuaded my mum and stepfather to come along on the night. My mum is very supportive, but bearing in mind that she is definitely not into choirs and got 9% in her school music exam I was nervous to know what they would make of it. I needn’t have worried though because I’ve never seen them so enthusiastic, and it continued for a good 30 minutes on the phone the following day! They run an active retirement group, so maybe I’ll get them to book a coach load next time!
And it wasn’t only friends and family that were so positive – this testimonial came from someone who signed up via Meet Up and who presumably didn’t know any of us in the choir:
“The most professional, uplifting evening I’ve been to in years. And I’m a pro musician. Fabulous and more. I didn’t want it to end…”
So with the concert over and us all on a high and it was time for the after show party.
Although I’ve only been with the choir for a few months I’ve already been to a couple of the parties and I had an idea of what was to come. Like any classically trained musician the play list contained all my favourite tunes and I was able to continue my singing and silly dancing all night.
The play list had clearly been selected to include every choreographed song that the choir had ever done. At one point I found myself surrounded by about 50 people all swooping down around me as “Ain’t no mountain high enough” belted out of the speakers. 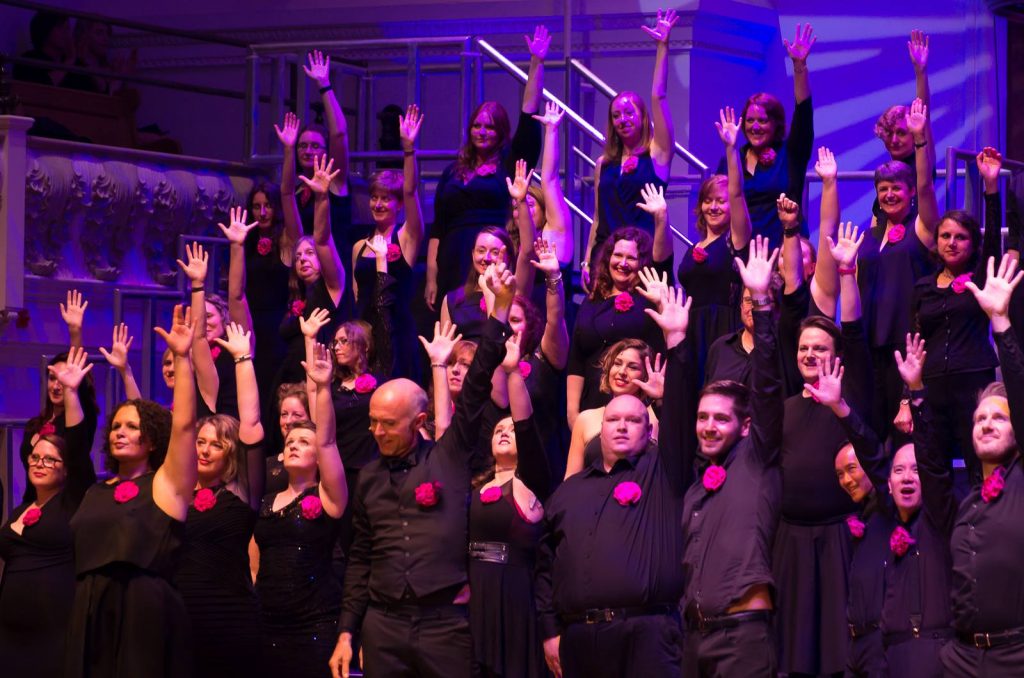 I escaped early – at about 2am – because I knew I had to be up for the Pinkies brunch the next day. There’s officially no rest for a Pinkie….
So with just one season in the bag I can see why the choir is so important to its members on so many levels. I can also see why I was told “We’re like a cult, once you join you can never leave”!