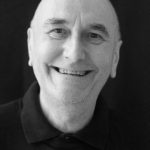 Last month, Pinkie veteran Michael Derrick celebrated his third decade in the choir. Whilst an active singing (and dancing) member, he has also been the Musical Director (1988 – 1992), accompanist and one of our favourite arrangers. Here, he describes how the choir has (or hasn’t) changed over the last thirty years and what being in the choir means to him.

My first rehearsal was on the last Sunday of October, 1986. It was on a Sunday afternoon because that was the only time the whole choir was free: before the liberalisation of opening hours, pubs closed after lunchtime drinking and didn’t open again until the evening. What else was there to do? Join a choir, obviously. 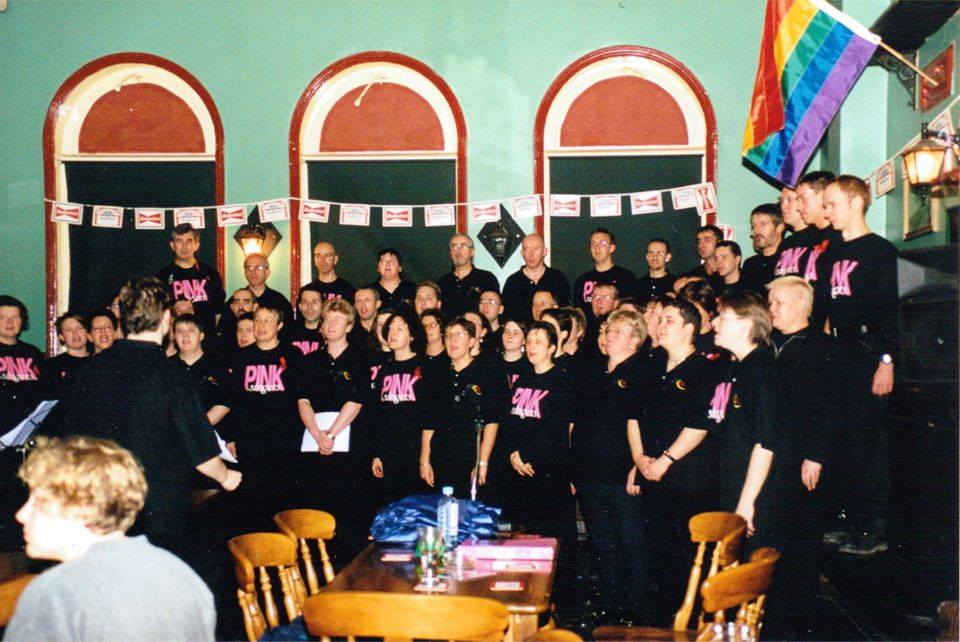 The rehearsal was in the basement of the London Lesbian and Gay Centre: a dingy space with a low ceiling, out-of-tune piano, no natural light, and the smell of cigarettes and beer from the previous night’s disco. We ‘suffered for our art’. There were about 15 regular singers; all men. The repertoire consisted of show tunes, protest songs, and earnest post-war German cabaret lieder. The other choirs in Europe were into pop songs and classical music but they tolerated our seriousness because we had Margaret Thatcher, Section 28 and an age of consent of 21. They knew that we were “Pink” because that was the colour of the triangle that homosexuals were forced to wear by the Nazis.

“Every rehearsal was part of a build-up to a concert: a performance and then a new set of repertoire and so on. And at every rehearsal there was the aim of putting on the next concert. So there was a very well defined set of objectives for each rehearsal. That was the choir that I joined and it’s more or less the structure that has survived to this day”.

Thirty years later we are still Pink, still protesting, and still rehearsing on Sunday afternoons; but a lot has changed. Most notably we are a mixed choir. “Mixed” usually means Men and Women. I am proud to say that we are much more mixed than that!

We are bigger, of course, and the repertoire is wider. Early photos show us using music – now everything we perform is off copy; early video shows us standing still or walking about on stage making simple gestures – now we have full choreography. When I go for a health check-up I always tell the nurse that I do a four hour singing and dancing rehearsal each week. This always convinces the nurse that I am keeping fit…

A strength of the choir is the large number of members who write arrangements. In the early days, arrangements had to be written because that was the only way we could perform the songs we wanted to sing. When women started to join the choir, songs were regularly re-arranged to give the increasing numbers of higher voices something to sing. We continue this tradition and it makes us very special – not many choirs do it. 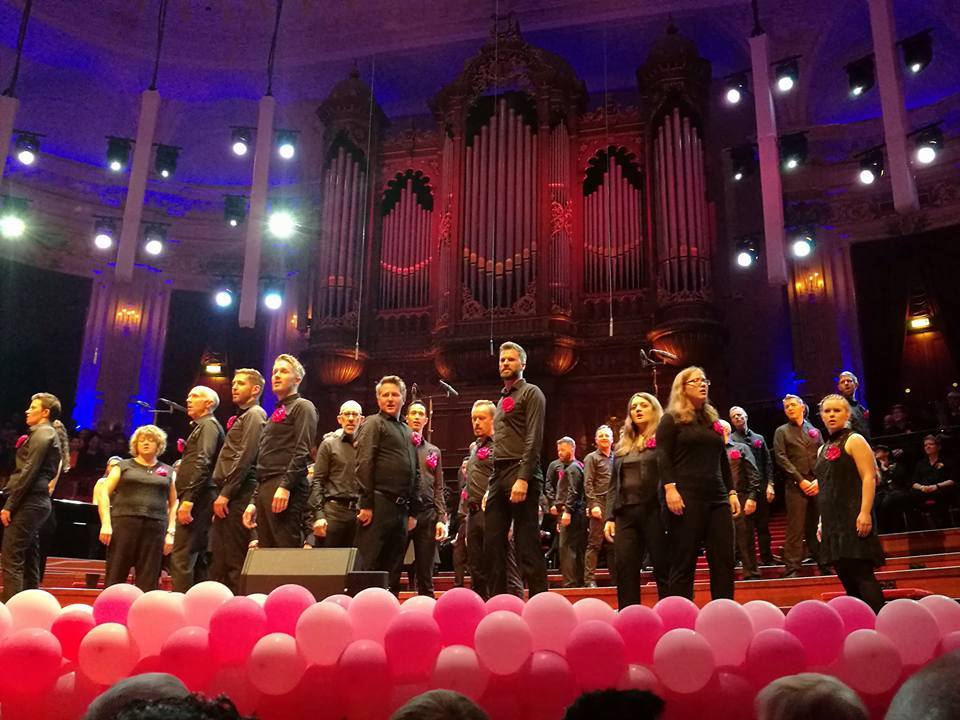 There have been many other changes over the years but one thing has stayed exactly the same: after my first rehearsal we all went to the pub. The social side of the choir is very strong. It has often been described as a family. Friendships have been made and relationships forged. It has been a complete delight to have been a Pinkie for thirty years.