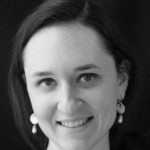 2017 sees the 50th anniversary of the decriminalization of homosexuality in England. To mark this important anniversary, the Pink Singers will be running a year-long series of events, focusing on India, where this law remains in the penal code and continues to oppress tens of millions of people.

Our first event, last Sunday, was a seminar -“Queer India Today: Identity, Intersectionality and Illegality” – which examined aspects of gay, lesbian and transgender identity in India. It featured some fantastic presentations from three academics from the London-based School of African and Oriental Studies (SOAS) and a special guest via Skype, from Paris!

For those of you who missed it, here ‘s a summary from one of our sopranos, Zoe. 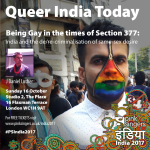 The first presenter, Daniel J Luther, discussed the legal framework behind the criminalisation of homosexuality in India, with particular emphasis on Section 377 of the Indian Penal Code. Section 377 is the Indian law prohibiting same-sex activity, which was drafted by colonialists in the early 1800s to mirror British anti-sodomy laws, repealed in 2009 by the High Court of India, and re-instituted in 2013 by the Indian Supreme Court.

Daniel spoke of the sense of celebration and relief felt in Indian gay communities after the decision to repeal Section 377 in 2009, which prompted many people to come out to their friends and family; the sense of dismay felt after the law was re-instituted; and the hope that despite re-criminalisation, the groundwork for acceptance had already been laid. They also noted that while law reform is important in promoting acceptance of LGBT people, there are still strict social codes in India which condemn non-normative sexuality and gender expression – and that social activism is an equally, if not more important step towards breaking or broadening these codes. 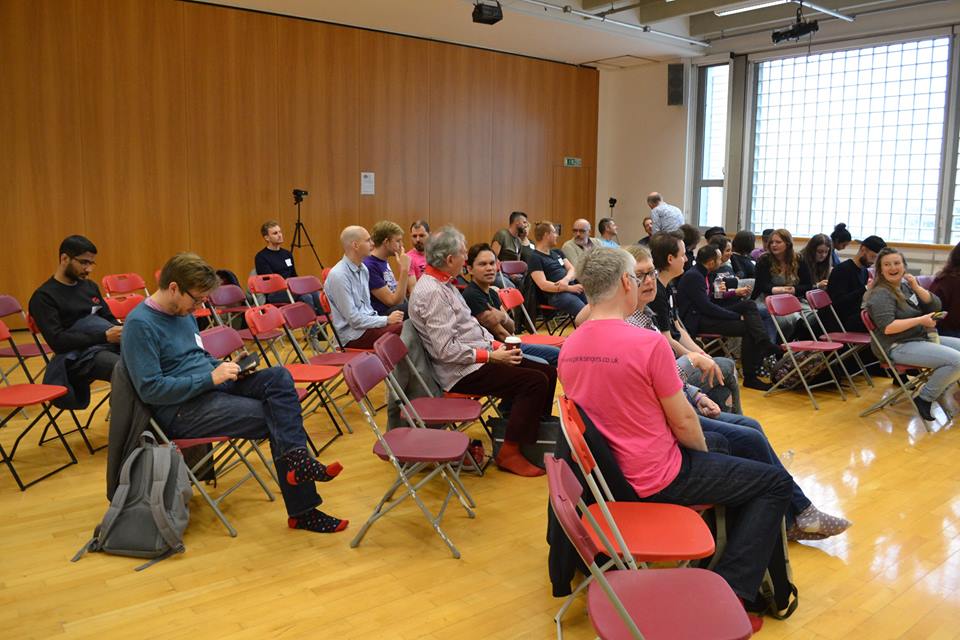 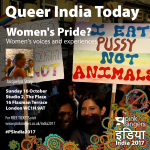 The second presenter, Jacquelyn Strey, spoke about her research on queer female experiences in Mumbai and Bangalore. Jacquelyn spoke of the double social pressures queer women face due to the historic marginalisation of both women and LGBT people in India. In particular, she noted that while gay men are able to freely occupy public space, make connections with each other and move away from home or out of the country to find a safer space to express themselves, queer women are often under strong family pressure to get married, are unable to rent or buy a property without the consent of their father or husband, and isolated from others in their position due to their location outside of the public sphere.

A severe consequence of this widespread social isolation and desperation is that it has become fairly common for young female couples to commit joint suicides, when faced with the prospect of a lifelong sexual commitment to a man. Even female couples who are brave enough to try to run away together run the risk of being detained by the police and the older partner charged with kidnapping or falsely imprisoning the younger one. Despite these ever-present narratives, however, Jacquelyn informed us that there was a burgeoning lesbian social scene in Mumbai, including an activist group called LABIA which campaigns for the acceptance of queer women, no matter their caste, religion, or other social identifiers. 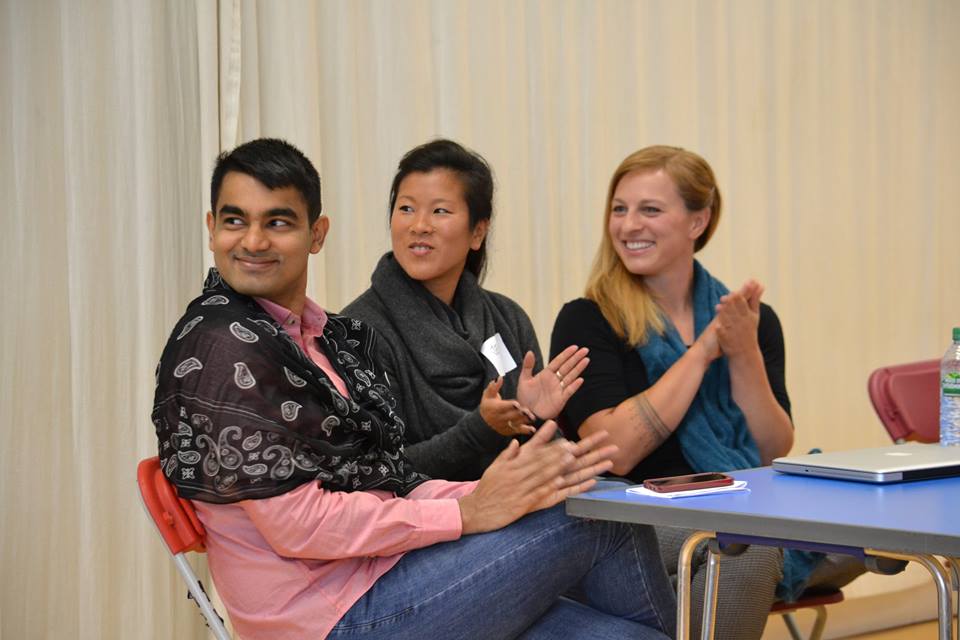 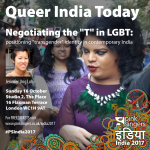 The third presenter, Jennifer Ung Loh, spoke about the “hijra” community in India and the particular challenges they face. Hijras are trans-feminine people who were assigned male at birth, and have historically held a special role in Hindu mythology, serving as spiritual guides for couples hoping to conceive a child. Today, hijras are often rejected from their birth families and form new, tight-knit communities together, organising themselves into strict hierarchies that determine who earns money, carries out household chores and cares for the children. Hijras are dispersed throughout cities and rural areas, and often adopt gender non-confirming children whose parents no longer want them, or street children who need a home. Hijras are universally marginalised and find it extremely difficult to find employment (unless as as sex workers, and more recently, at sexual health clinics).

Jenny spoke about the difficulties around including hijras in modern LGBT activism, as they are at once more marginalised and more recognised in society than gay men and lesbians. Because they are so visible, for example, they are acknowledged by the government as a group needing support (where gay men and lesbians are not), but they are also completely isolated from mainstream society, unable to work in many professions, and estranged from their birth families. 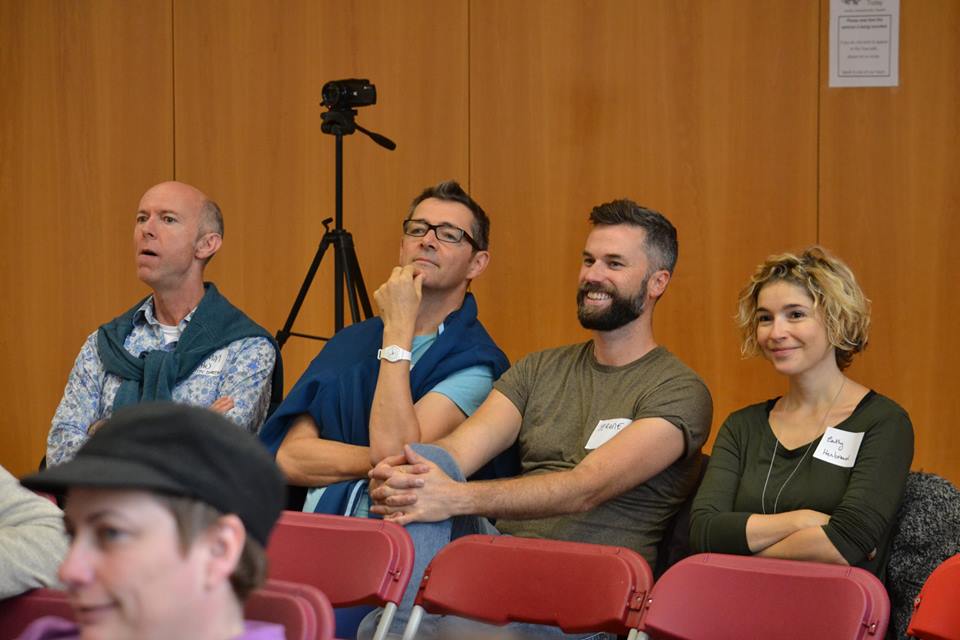 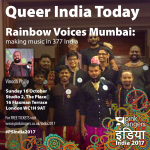 The seminar concluded with a presentation (from Paris, via skype!) with Vinodh Philip, founding member of Rainbow Voices Mumbai, which is the choir we will be meeting during our January trip. Vinodh provided some invaluable information about being gay in Mumbai, including his own story of making his way as a young gay man in the city.

He also talked abut his decision to start the Rainbow Voices choir as a safe space to sing and express himself after homosexuality was re-criminalised in 2013, and the current functions of the choir today. Vinodh really gave us a taste of the choir, and was very entertaining as well!

It was clear from the speakers’ presentations that the LGBT community in India is extraordinarily diverse, complex and nuanced. Though I was already excited about our trip to Mumbai, the seminar gave me a new desire to learn more about the communities we’ll be visiting, and a richer understanding of their contexts. So… next stop: Mumbai!