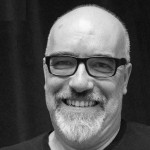 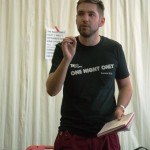 right) and Musical Director Murray Hipkin (left), squeezed in time for a chat.
Here’s what we found out about our upcoming concert One Night Only, with less than a week to go until curtain up!
How will next weekend’s show be different to previous Pink Singers concerts?
David Baxter: Given the popular theme, we’re pulling out all the stops for this one! The concert will have a different feel in terms of mood I think. We’ve got two fantastic comperes who will run the whole show, slick choreography for more numbers than normal and we’ll be showcasing a number of our choir members through various solos, duets, trios and even a small group! It’s definitely going to be a night to remember.
What has been the most challenging thing about the repertoire this time?
DB: There are a lot of words! I think the most challenging thing so far has been making sure we follow the choral arrangements we have. Sometimes when you see a show at the West End, you get used to the tune but need to remember that we’re now singing 8-part harmonies and can’t all be Elphaba in Defying Gravity….
Murray Hipkin: Choosing it; there was so much material. 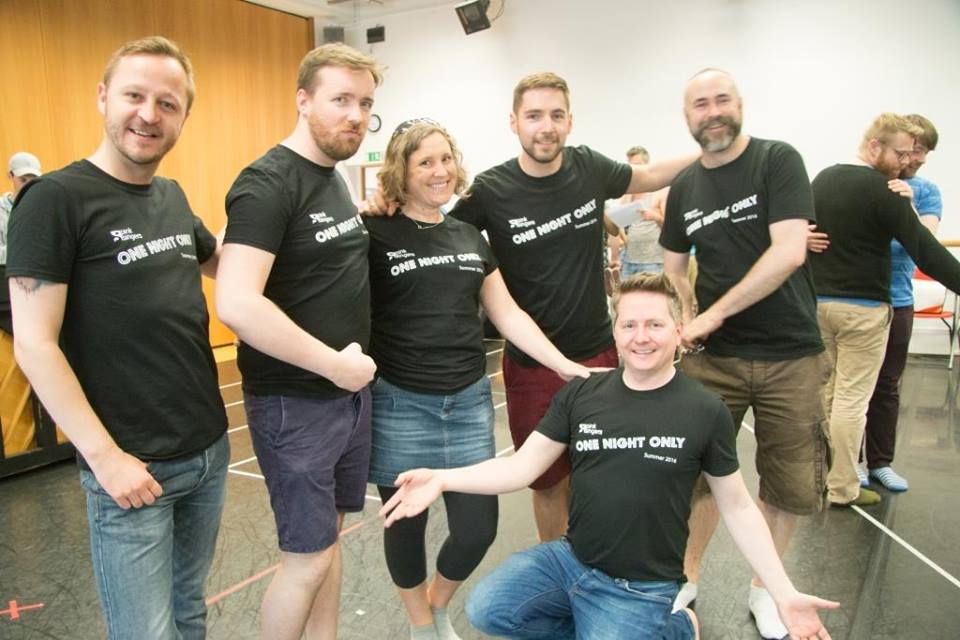 What are you most looking forward to?
DB: I’m really excited to see the audience’s reaction to whole event. My vision is for it to be a theatrical spectacular which showcases some show-stopping favourites, as well as some pieces they may not have heard out of context before.
MH: Close friends might imagine that it’s the bottle of Pinot Grigio waiting at the end – but I am looking forward most of all to watching everyone realise that they do know all the words and all the moves and that actually concerts can be lots of fun rather than something to be fearful about.
David, What is it that you find most inspiring about being in the Pinkies and specifically, working on the artistic vision for this concert?
DB: I love watching the whole concert come together when we start to run it; that’s where the real creativity begins for me. Seeing people ‘off copy’ allows them to think more about what they’re singing, what the song means to them and perform it to the very best of their ability. 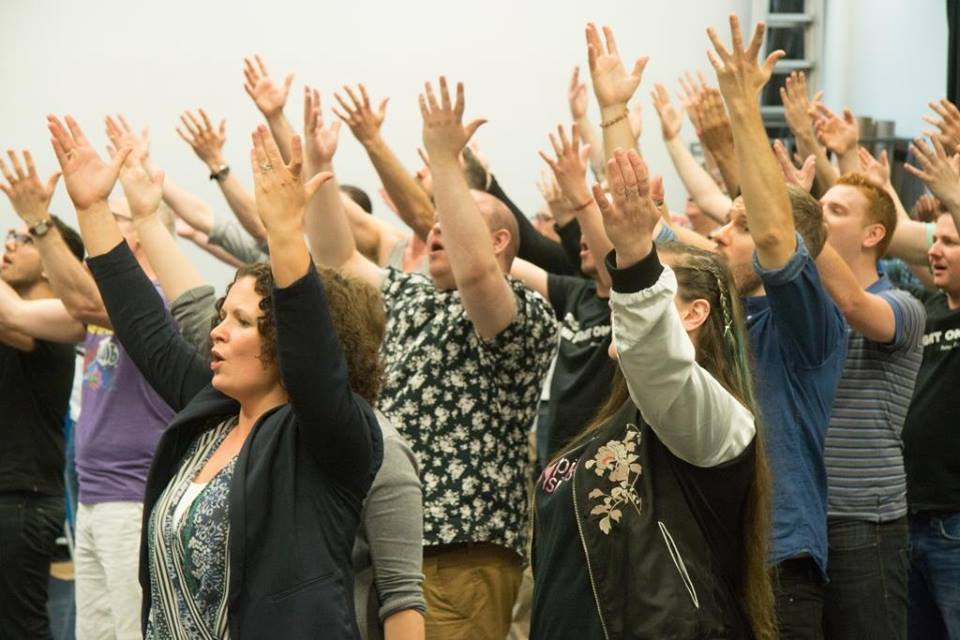 Murray, what do you love most about being a conductor?
MH: Being a conductor is a great job for a passive-aggressive control freak with borderline narcissistic personality disorder.  But it seems to suit me too. 😉  Actually, the conducting is the easy bit; it’s the preparation that is challenging and I do love my work as a teacher and enabler.
Who are your musical heroes from the West End/Broadway/Opera and why?
DB: Hmmm…that’s tricky. There’s a few actually; all women too! But my top choice would have to be the legendary Imelda Staunton. Having recently seen her in Sweeney Todd I was stunned by her energy. Apparently Sondheim saw the Press Night, grabbed her hands and said ‘You gotta play ‘Rose’…’ and she did. Just when I thought she couldn’t get better I then saw Gypsy – and was blown away by her energy throughout, so much so that I saw it twice. My other choices would be Cynthia Erivo and Jenna Russell.
MH: Currently Glenn Close.  Oh sorry, did I mention Glenn Close again?  I never got bored with her performance in Sunset Boulevard.  And I rehearsed it for five weeks, saw it at least eight times, and played in twenty-three performances! Or maybe Emma Thompson.
I did once work with Sondheim (my main hero) but it was before cameras were invented. 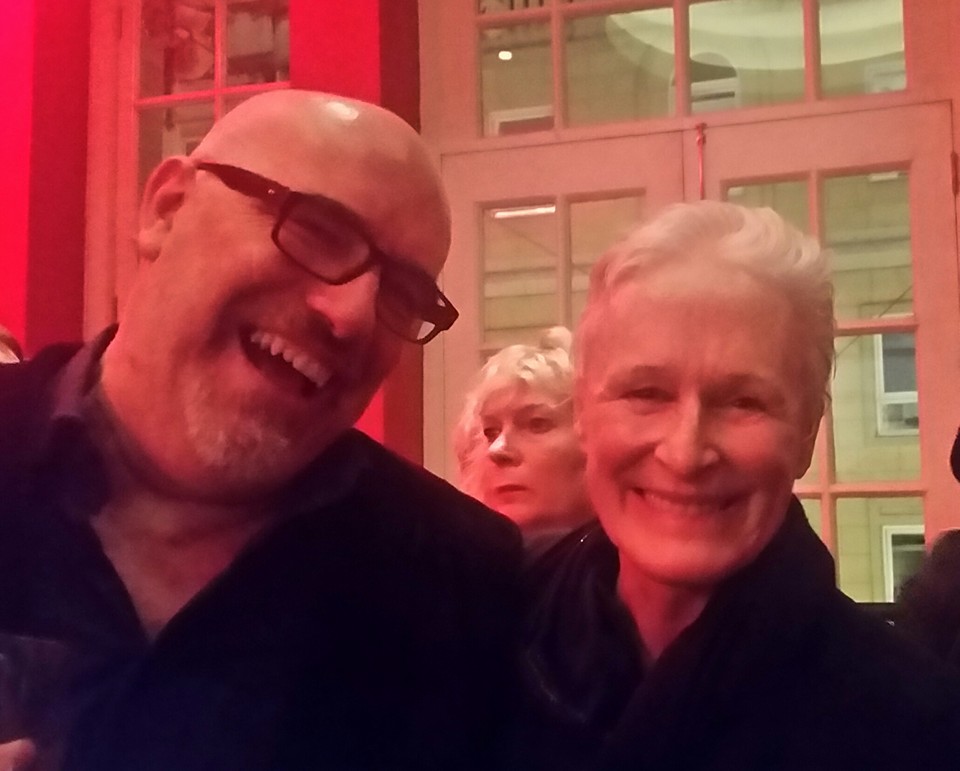 If you had to give the choir just one piece of advice on the night of the performance, what would it be?
DB: Relax and Enjoy – it’s time to perform all your hard work you’ve put in!
MH: Eat a banana in the interval.  Or a flapjack.  Preferably dripping with Manuka honey, which (we are reliably informed by Dr Iain in the basses) is a good humectant. 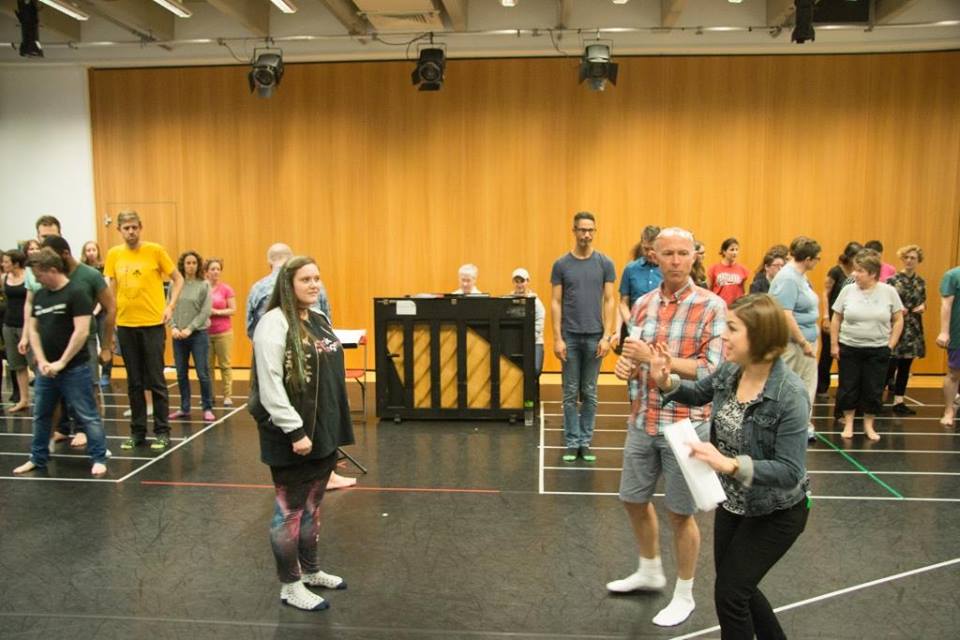 Is there anything that you do when you perform, rehearse, compose or conduct that others might find unusual (any quirks, tricks, useful tips)?
DB: Sometimes I end up on a chair getting very excited when I can see how well a piece is going. They probably think I’m all a bit nuts…and they’re probably right!
MH: If I get tense while performing I visualise the tension as a liquid and little taps in every joint of my body.  I open the taps one by one and let the tension flow to where it’s needed.  If I am playing the piano it’s quite useful to have tension in my fingers, or I wouldn’t be able to press the keys, but I don’t want it in my shoulders or my jaw.  If I’m conducting I like to keep some tension in my legs because without it I would end up in a heap on the floor, but tension in the hands and neck is a bad thing.  (If you see a puddle on the floor where I have been standing, that will be why.)
So do make sure you come and see all this work in action – next Saturday, Cadogan Hall, 7pm – book your tickets here now! 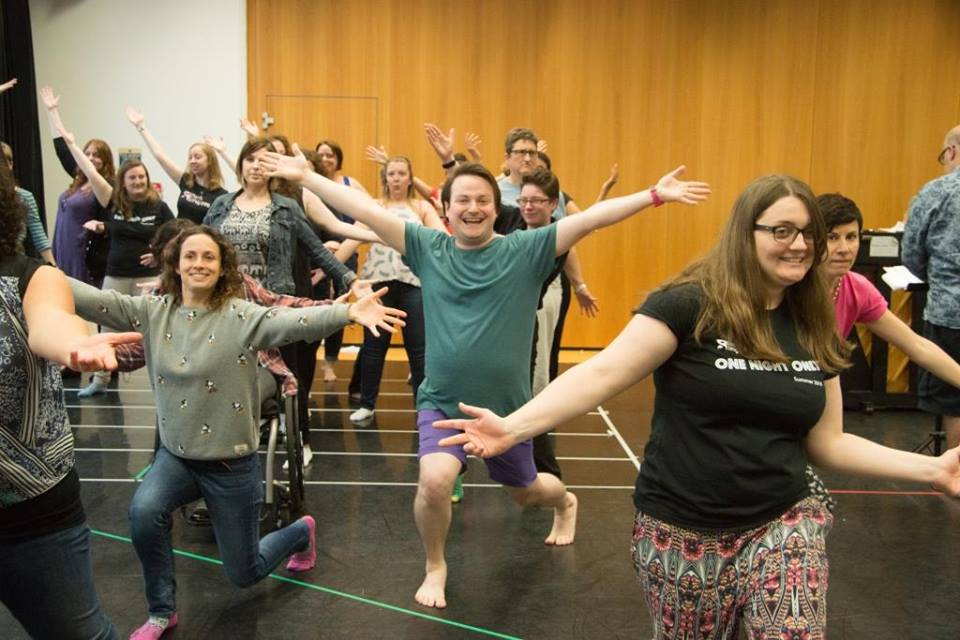