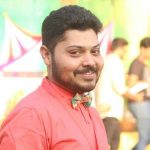 It’s hard to believe that a month has passed already since our Indian friends from Rainbow Voices Mumbai arrived on our shores and created a rainbow rollercoaster of excitement, pride, and amazing memories for us all. RVM’s Ashish describes his experience…
July 6th, 2017 marked in my calendar is one of the most memorable days of my 32 years of life. The first time ever I flew across oceans and lands so far beyond my reach to explore freedom and equality. I had never thought this back in July 2016, that my next summer would be full of excitement, learning and love.
It was conceived when the Pink Singers came to India in January 2017 for Mumbai Pride and our ‘We Shall Overcome’ concert, to support Rainbow Voices Mumbai and the Indian LGBT community to fight for our rights. In January, we mingled, loved, and sang together to a packed audience at the NCPA theatre in Mumbai. The concert was a medium to create awareness and educate people about the hurdles we face in India due to Section 377 of the Indian Penal Code (which criminalises homosexual activity, introduced under British Rule in 1860). It was one mammoth task for a choir as young as ours to host Europe’s longest running community choir; we managed it successfully and learnt quite a few lessons in organising a standalone concert, which now seems to be a permanent part of the Mumbai Pride Calendar. 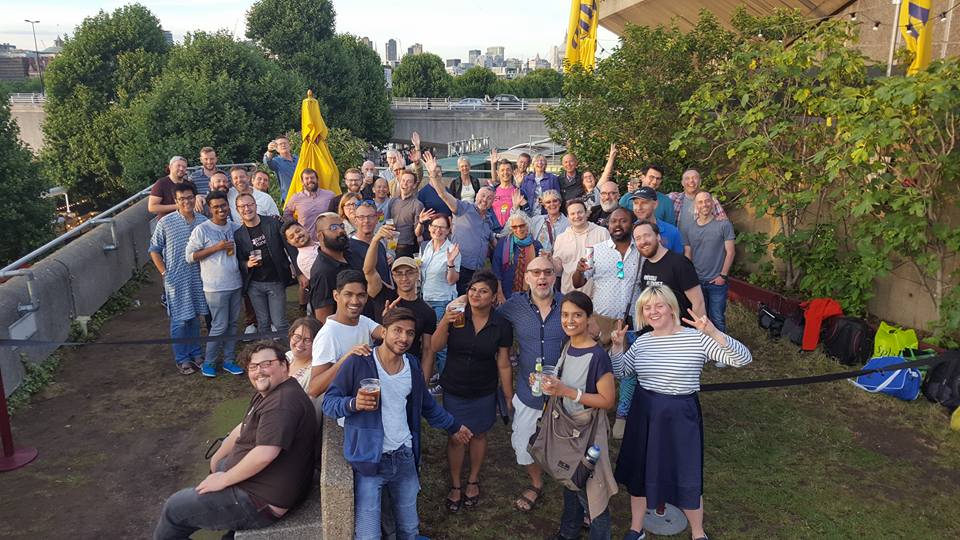 We were high on emotions and warmth extended by the Pink Singers and equally mesmerised with the musical abilities of the choir. We were amazed how spot on, entertaining and thoroughly convincing they were with the message they brought with them. I still remember Murray Hipkin, the Musical Director saying, “We have not come to fix anything; probably we can’t fix anything for you, but what we can do is to support you in all possible ways to revert section 377.”
The words were more soothing and actions were even more, when after the concert the Chair of the Pink Singers – affectionately known as ‘Cher’ – Simon Pearson, made the announcement of inviting Rainbow Voices Mumbai to London Pride and to take part in their summer concert. We were overwhelmed with the gesture and yet a bit lost with things that needed to be done! Constant encouragement and successful fundraising by the Pink Singers made the impossible possible for 10 of us (sadly the other eight couldn’t make it because of visa issues!).

With hopes high and dreams in our eyes, we flew to the land of freedom and equality. The tour started with each of us being hosted by a few of the Pink Singers, which gave us the chance to see and learn how independent lives of gay men and women are, in contrast to India – where we don’t choose to live alone even if we are grown up enough to be married off!
On arrival, my host Simon came to the terminal to receive me, despite his fractured ankle. This gesture of his shows how dear and encouraging was their approach to us. It was my first international trip and it seemed to me a different world: new weather, time zones, people, culture and systems; I was in awe of every little thing I saw. First what struck me was platform 9¾ at Kings Cross! Being a Potterhead, I was enthralled to see it. As I walked the streets with Simon I saw a Pride flag along with the British Flag waving with pride in the front of the British Library – this reaffirmed my belief that equality and freedom are not merely words here, they actually mean it.

My dear friend Hsien met me and we were off to Canary Wharf for a lovely lunch, but before that the Thames Clipper just wowed me! Like a kid in a candy store I was in love with the skyline and monuments on both the side of the river, clicking pictures and noticing the P-flag everywhere we went. A new city, new day,  even jet-lag couldn’t deter my spirits and we explored a few parts of the Naval College and Greenwich.
I believe that destiny had bigger plans for us: we never had heard about anything as big as London Pride and we all were excited to take part. We vogued in style with our Rainbow t-shirts, painted ourselves with rainbows and were ready for the world’s biggest party. As we were waiting for the Pride march to begin I saw people from all walks of life, races, professions and ages joining this mega event. We have never seen such a phenomenon back home; instead we are judged by the people for gathering and walking the Pride march in Mumbai.

As we marched up to Trafalgar Square, we saw people waving, cheering us on and even calling for a hug from the other side of the barricades. Such love, acceptance and cheer filled all of us with positivity and re-affirmed that we are walking on the right path to attain freedom and equality for all of us. Then came the moment to go on the Pride main stage where we were to perform to the largest crowd we have ever performed in front of. The moment I addressed the crowds with ‘Namaste’, a huge cheer and ‘Namaste’ I heard back, and the crowd was moved with our rendition of ‘We Shall Overcome’ in English and Hindi. I could see a few in tears when they learned that section 377 criminalizes homosexual activities in India. I think, I was nervous but I knew this was the only time I could talk to London as a city and made sure that I spoke right and conveyed the purpose of our visit.
London has different colours during pride and our friends the Pink Singers made sure we got the best of London and also that we got opportunities to meet the ones who had supported our trip  such as eBay. It was great interacting with the eBay office and we are indebted to them for their support very much. 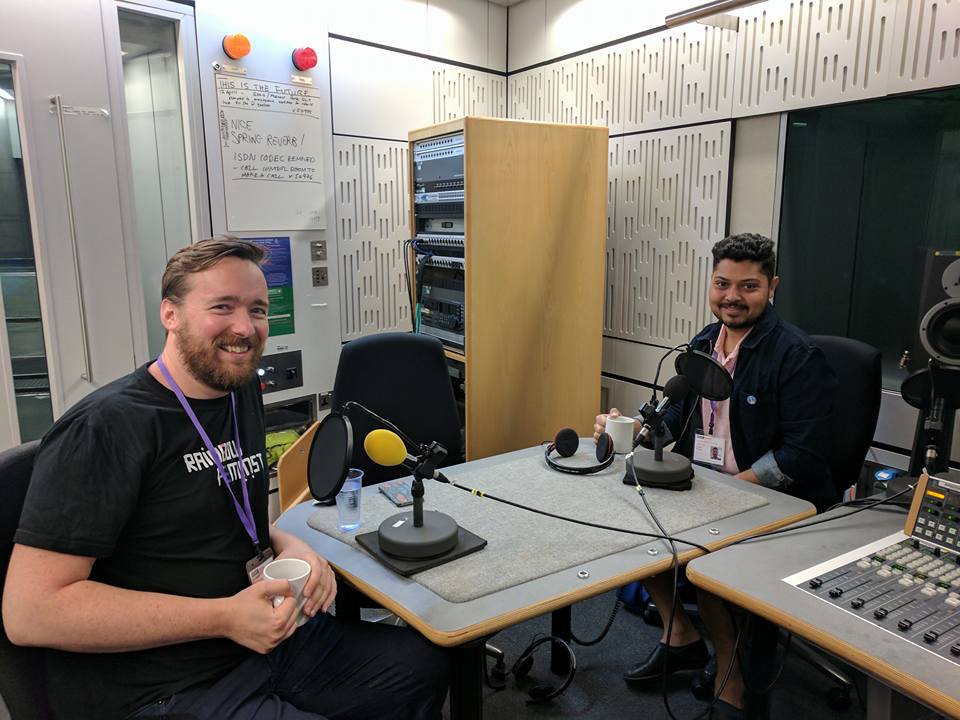 The city charmed me to the core, whether it was architecture, culture, Soho – the night life for gays was amazing! I watched my first musical ever and my first drag show here in London. The experiences are still sinking in for me and I am unable to really believe that something so surreal happened to me. As we explored, Brighton, Richmond and the city of London, we had so many memorable times with the Pink Singers – singing in parks, at house parties and a lot more.
I had unknowingly become the spokesperson of the choir. I had previous experience of talking to media back home but that was for work. I was told that I was crisp in front of camera and this boosted my confidence even more. In the media coverage – though I am not out as a gay man in India – I did not hide my identity. This is because I got encouragement in my week’s exposure to London and its acceptance; the unwavering support from the Pink Singers filled me with a “come what may” attitude and I put my best foot forward to be heard on all possible platforms.
The support continued even on the concert stage, when the audience gave the 12 of us a standing ovation before we even started.
I have taken back home  a lot of inspiration, strength, and conviction in what we do and yes, more purpose to the music we do. My hosts Simon and James were the coolest ones and I miss those lanes and bylanes of London… With a dream to come back, I sign off from India!